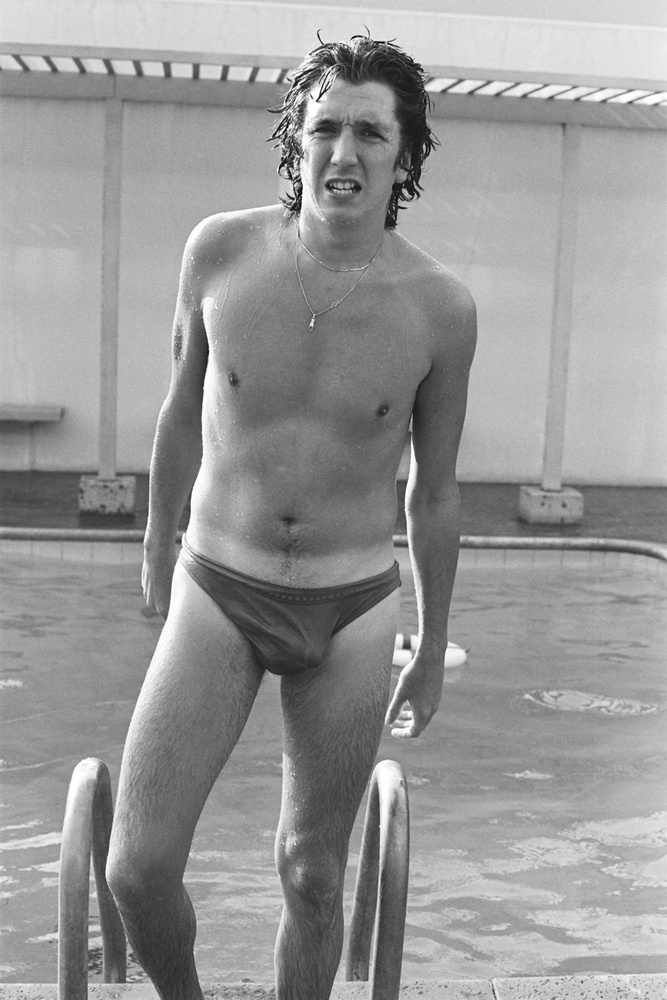 My first apartment was on Doheny, right off the Sunset Strip. It was the coolest building in town. Full of wanna-be actors, models, groupies and hookers. Everyone passed through here. Shortly after the Sex Pistols broke up, Rory Johnston, who worked with Malcolm McLaren and the Sex Pistols and was part of the local punk scene, brought Steve Jones over to my apartment for some photos. Steve stripped down to his underwear, took a swim, loving all the attention by shocking everyone. He is my neighbor and still a friend today.