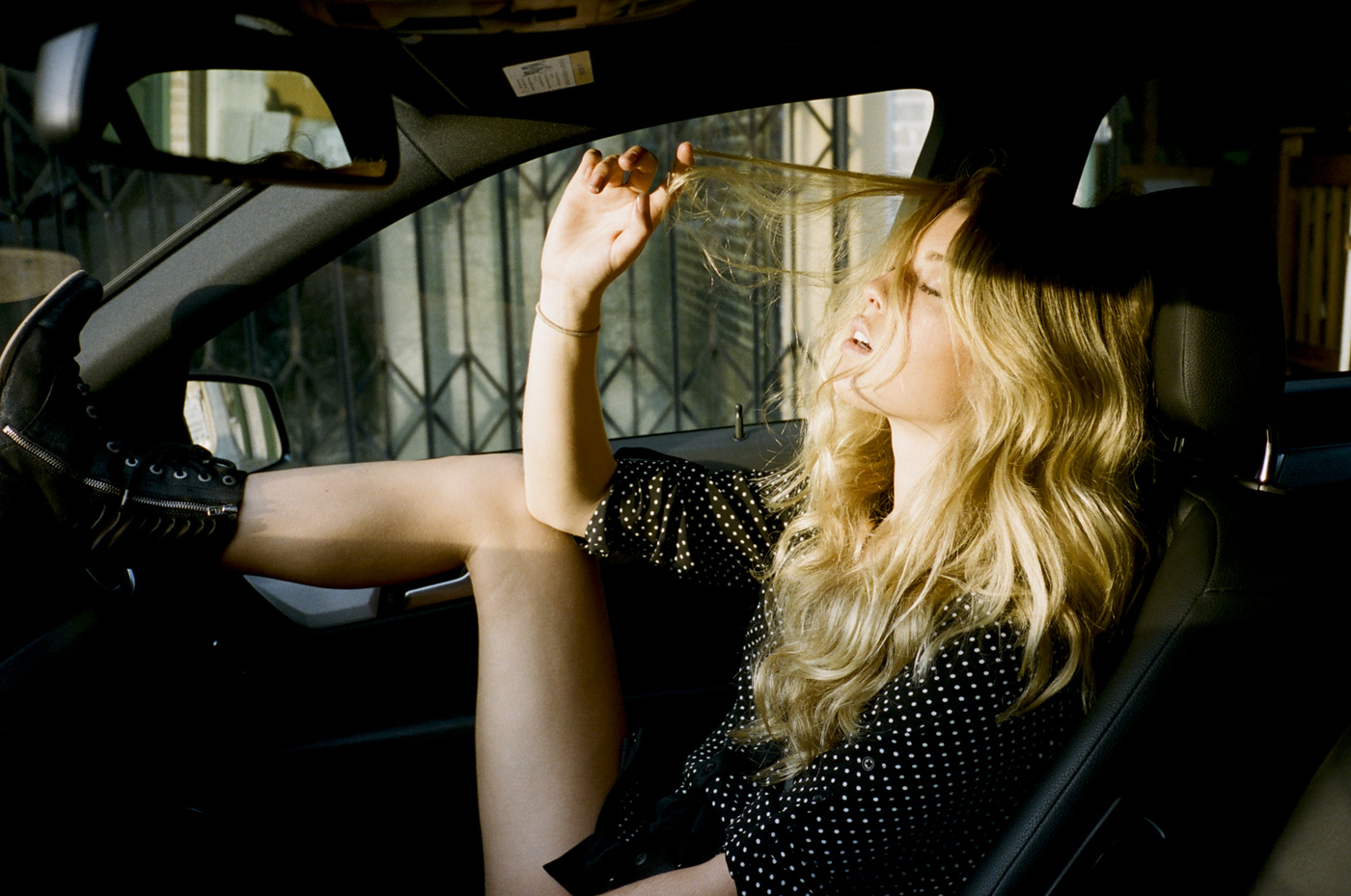 One day I got a call from Milk Made to photograph a stunning model named Leila Spilman. There were a whole bunch of photographers who were going to shoot her and the work would be published as a series. Many of the photographers shot in studios, etc. I chose the street using my tiny little Contax T3 camera and one roll of film. The light was perfect on Fairfax Ave and at one point, Leila crawlled into a carboard box for me and at the very end of the session I bought her a cupcake at Canter's and she devored it while I took photos.