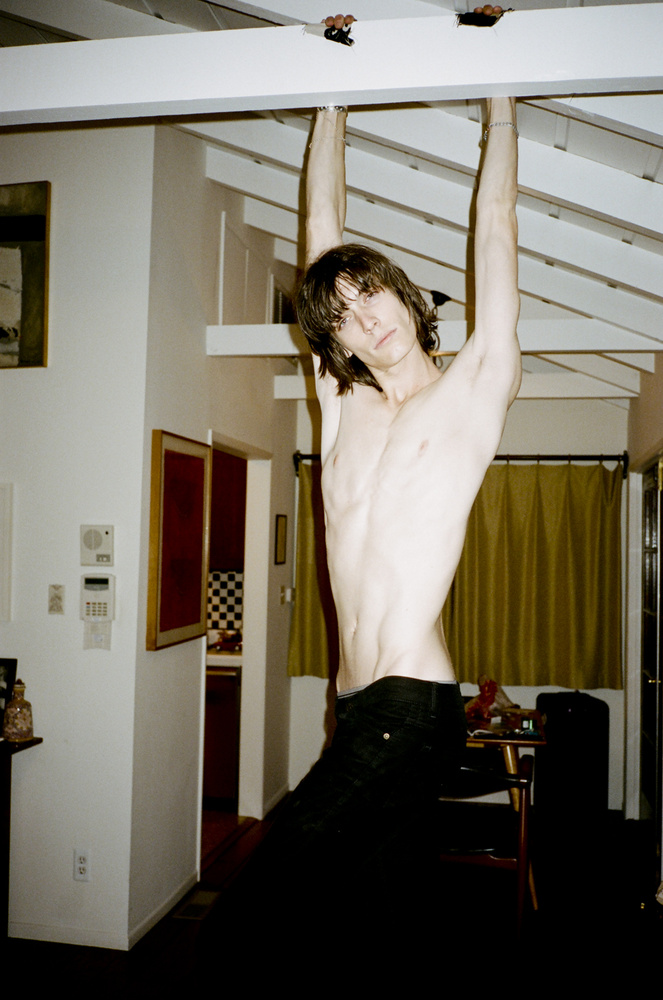 One day, my friend and Creative Director Richie invied skateboarder slash model Justin Gossman over to Villa Le Reve for a photo shoot. It turned out to be one of Justin's very first photo sessions. He could have fooled me! He was like a young Mick Jagger posing up and prancing all over the place. At one point during the session, Justin vacumed the villa. The photos were publihsed in my column on Vice and today he is no longer a "slash" model. He is a full time model working in Paris, Milan, London and everywhere else.