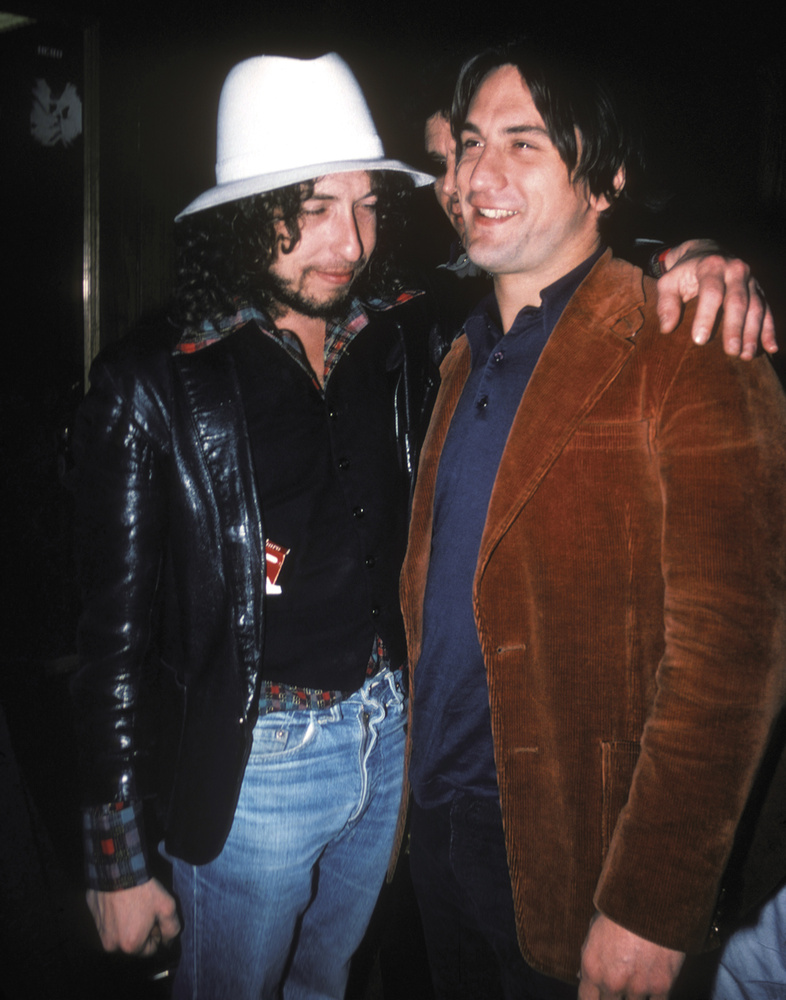 Bob Dylan made a big deal about me taking his photo with a young actor named Robert De Niro. He wanted the photo in the worst way! Bobbie directed me and Sally Kirkland to go downstairs at The Roxy and drag up an stunned De Niro. I just happened to be the lucky kid hanging around with the camera back then in 1976.

"Brad’s photos provide a rare, often raunchy glimse into rock and roll history where it seems Brad is always at the right place at the right time, camera ready. There is even a  photo of  Dylan posing with a young Deniro at The Roxy in 1976! and Brad, by some alignment of the planets, was some kid with a camera. There might be a better chance of quadruplet albinos being born under a solar eclipse, than a cosmic opportunity like that happening again in a young photographers career." DISCO SALT