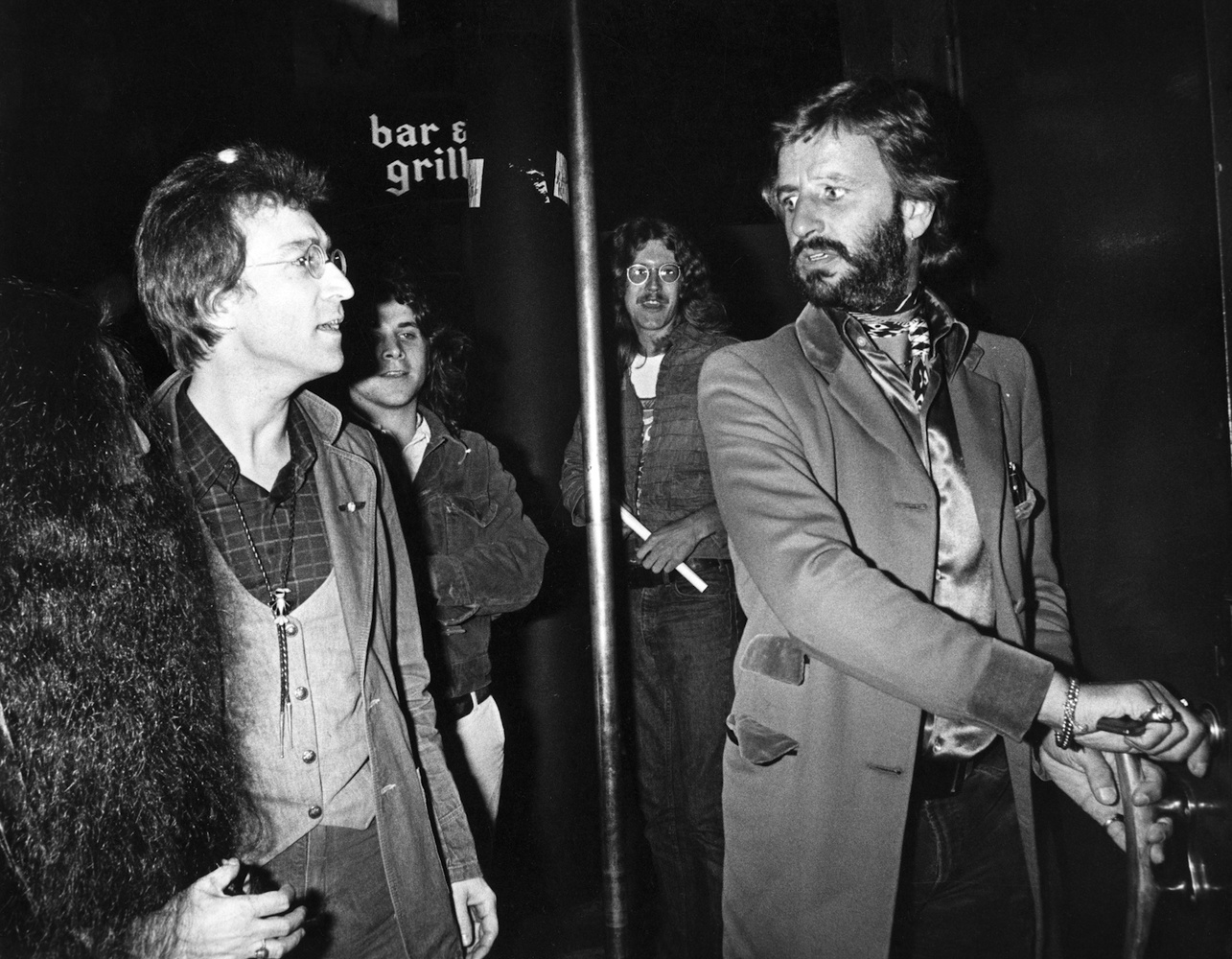 I lived right down the street from On The Rox which was the most exclusive private nightclub in Los Angeles back when this photograph was taken. It was owned by Lou Adler and Elmer Valentine. The entrance to the club was an unmarked door at The Roxy Theatre on the Sunset Strip and it was exclusively for the in-crowd to get into the place. However, there were some exceptions for its entrance: if you were a major celebrity or had incredible connections. In this case, you would be placed on the guest list. When you showed up, you would be reduced to having to speak into the intercom to plead your case. However, if you were a real heavy, you had a key to the front door.

My good friend Michelle Meyer worked the guest list for the club and she called me with a tip-off that Ringo was on the guest list for the Bob Marley And The Wailers showcase that evening at The Roxy. I remember it like yesterday when the call came down, "Brad Elterman! Ringo Starr is on the guest list for the Bob Marley dog dance this evening! Be there or be square!"
As you can see in this rare photograph, Ringo did show up and he brought some friends, John Lennon and Yoko.
Turns out that Ringo had that legendary key and here is the proof! What I like best about this photograph is the expressions of the two dudes. They cannot believe their eyes, right in front of them is half of The Beatles.